“What’s in a name? That which we call a rose, By any other name would smell as sweet.”-Romeo & Juliet (Shakespeare)

One of my interesting subjects is English Literature. I still remember how I use to day dream of many novelist and prominent authors and visualized each of their stories after my class lecture. Charles Dicken’s David Copperfield was one of favorites, where I always sympathize with David the main character in the novel. His great Aunt Betsy Trotwood renamed David as Trot and besides this David is called by several names in this novel giving him a different persona in each of his names.

In another famous novel by Shakespeare Romeo and Juliet , Juliet is not allowed to associate with Romeo because he is a Montague. If he had any other name it would be fine. So she complains that his name is meaningless and she says if the rose had any other name it would still be the same. So with Romeo, he would still be the same beautiful young man even if he had a different name. Therefore she quotes “What’s in a name? That which we call a rose by any other name would smell as sweet” She ponders what is so special about a name? A rose, even if it were called something else, would smell just as sweet. So Romeo would still have all the perfection that he has, even if he were not called Romeo.

Talking of business do you know that how they build a brand name? In an example of how the name Google appeared (the famous search engine), don’t be surprised that in 1996 it was called “BackRub.” Creators Larry Page and Serge Brin’s renamed their business and technology Google in 1998. It’s “a play on the word ‘googol,’ a mathematical term for the number represented by the numeral 1 followed by 100 zeros. The use of the term reflects their mission to organize a seemingly infinite amount of information on the web. Hmm…business run after their name.

Click here to find which top notch businesses changed their name to be successful.

With all such examples and many others we see how name affects situations, personalities, character and culture. Maybe that’s the reason when a new child is born we began looking for a perfect name for him or her. Same is when you start a new business, you need to give a name to your business be it yoga business or any other small or big business you wish to start.

Why choosing the right business name for a yoga studio is so important?

Many yoga studio owners specially the new start ups are always keen to give a glamorous name to their studio, but such names in the long run are not compatible with your studio or yoga class. Choosing a business name for yoga studio is very important because the name you choose is the primary factor for branding and marketing so you need to consider the name carefully. After all the yoga studio name needs to be memorable that works both at offline and online scenario for marketing your business and to attract your yoga students.

As it is said that the first impression is the last impression, you should decide a name that explains what you do or what message you wish to convey to your potential customers. The yoga studio names should reflect the meaning so that it is even understandable by any one around the world. Keeping Sanskrit yoga names are good as Sanskrit is the ancient language of India, but giving a yoga studio name in this language in western society cannot give it a proper meaning to your clients unless and until you explain to them what it means.

Also yoga studio names should show case as what values do you want it to reflect. Always remember while a fun and trendy name might sound good to you and impress your customers students may not be thrilled join a class which has an odd-sounding name which has nothing to do with Yoga.

Here are few of the yoga studio name ideas (English, Sanskrit, Hindi) that you can use when starting your yoga business

As Sanskrit is an ancient language of India, you can use it to name your yoga studio. But we advise to use simple Sanskrit names as more complex one will be a bit difficult for Westerners to understand. Many yoga business in Australia or in US believe that giving a Sanskrit name for your yoga studio will attract more yoga students and yoga teachers but the fact is it might help to bring in more students but it might also make a student confuse over the Sanskrit yoga studio name which is difficult to understand.

Click here to find the 200 key Sanskrit yoga terms that you can use to name your yoga studio business.

Yoga teachers at yoga studios teach various yoga asanas and yoga styles so you can name your yoga studios accordingly. Here are few of the Yoga studio name suggestions  in accordance with Yoga Asanas

As Hot yoga is a vigorous form of yoga performed in a very warm and humid studio with many different types of hot yoga classes you can name your yoga studio accordingly. Like the Bikram form of hot yoga, or a  Hot 90-minute yoga. Hot yoga poses require lengthy, forceful and sustained contractions of all major muscle groups and various such types of business studio names can be given.

There are many other awesome hot yoga studio name ideas that you can use according to the Hot Yoga poses and practices.

If you cannot find a proper yoga studio name ideas then no worries. As there are various tools with which you can generate names of yoga studio.

Finally remember that before you name a yoga studio or yoga business always take care of your brand goals, know your competitors, understand your target market, consider the type of yoga you are going to teach, and then brainstorm your ideas to pick the right name.

Once you get the name then you need to register the yoga studio business name and get your own brand identity. Click here to register now in Australia

Also, think about trademarking it if it makes sense. Click here to know more about Trademark in your yoga business.

You can do it yourself by visiting the Patent and Trademark Office or use an online service to take care of it for you. If you want your own web presence you can also use this studio name as your domain name and make your yoga studio digital.

Get a best Yoga studio booking and management tool like KRIYA or any other that you wish to manage your yoga studio so that your business runs with efficiency and your studio name becomes a brand company.

What You Should Know Before Buying A Yoga Studio For Sale In Australia?

Yoga Studio for Rent Or Hire 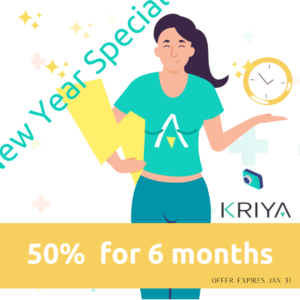